Mikayka came to Concordia wanting to be a Secondary Education teacher, however, she soon discovered a focus on the history and the sociology of political science and communications.  She designed her own major, Community Leadership which involved her experience as an intern for St. Paul Mayor Coleman, creating and being the president of PEACE Club on campus, working with elementary students and volunteering with her community and others.  She is the 2017 Newman Fellowship Recipient. Mikayla wrote, “With your scholarship [sic] I am able to keep pushing to help others break down their barriers and forthcoming to make society a better place for everyone.” 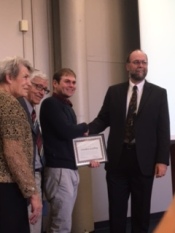 The 2016 Bartling Scholarship is presented to Jonathan Lundberg in recognition of his outstanding achievements as a History student at Concordia University. Jonathan has excelled in the skills of historical writing and research. And his strong work ethic has made him a model student. 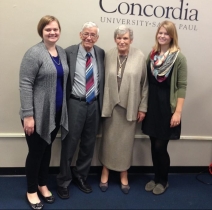 Congratulations to this year’s scholarship winners: Rhanelle Atkins (R), a senior History major, is seeking to work in non-profit organizations, specifically with human trafficking. Ellyn Thompson is a Secondary Education major and will be a high school History teacher. Two top scholars and achieving leaders. 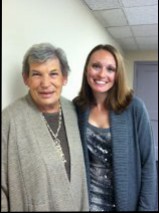 Rebekah Palmer grew up in Taylors Falls, Minnesota where she enjoyed hearing hearing her grandparents tell stories about their childhoods in the 1920s and ‘30s. Their connection to the past inspired Rebekah’s own interest in history. After spending two years at Century College studying with Professor Gary Brueggemann, she transferred to Concordia University where she chose to major in history. She has given tours, helped organize the archives, and even coordinated a Christmas event at the Folsom House Museum in Taylors Falls. And Rebekah recently completed an internship at the Ramsey County Historical Society in St. Paul. She admits that working with artifacts from generations past is a constant source of interest and excitement. Rebekah currently lives in Osceola, Wisconsin with her husband and nine-year-old daughter.2014,

Born in Canada and raised in Texas, David Edwards came to Concordia in the fall of 2009.  He has been a member of the University Honors program and is a History Major and pre-seminary student who currently aspires to be a military chaplain.  David was selected as the first Bartling Scholar owing to his overall performance as a student, scholar, intern, and campus leader.  He graduated from Concordia University in the spring of 2013.